Rivers: An in-depth exploration of their bio-diversity 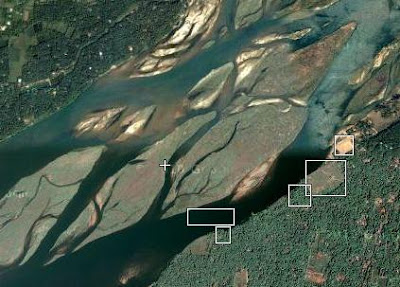 This chapter explains how a river is not just a waterway, but also a bountiful cradle of biodiversity. It shows how a small stream grows into a large river and how the river changes the landscape that created it. The chapter also explains in very simple language the myriad natural features that are created by this process. In addition, this section of the book touches on the environmental significance of rivers and shows how their rich bio-diversity matters. The chapter rests on the premise that only deep understanding of the bio-diversity of rivers can help us tackle the real issues that threaten the environment.

To know more about other chapters in the book Puzha Malayalam, please check this section.

To adorn the front pages of the introductory chapters, Nila foundation is inviting sketches from individuals from across the globe on the them of 'my river'. More details on this can be found here.

Dhyana Sankalpam open studio for mural arts in Kozhikode is taking an initiative to run a workshop to sketch rivers on the above theme. Please check Dhyana Sankalpam blog for more details.

Posted by Nila Foundation at 9:29 AM No comments: 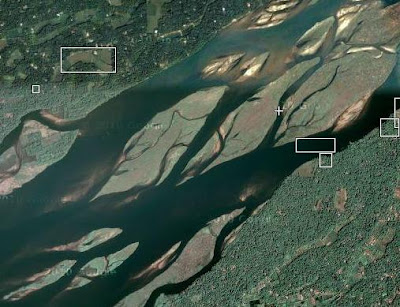 Most of the world's rivers have become dumping yards for urban communities. As a result, river-centric settlements, are seriously threatended. The first chapter begins with a quick
look at the alarming status of rivers across the world. This is followed by an update ont he status of rivers in India and the pecularities of the Kerala situation. Acknowledging that it is the flawed understanding of rivers that is responsible for many of the problems, this chapter sets the tone for rest of the book.

Puzha Malayalam is an exploration of Kerala and her rivers; a journey that begins with Kerala's cultural history and wends its way to the environmental degradation of the state. It is a book that illustrates how rivers are a part and parcel of the Malayalee way of life. A book that reminds us that the death of a river is the death of Kerala itself and that only way to protect life is by protecting rivers. This is a book that offers glimpses of hope, even as it underlines the burning realities of environmental degradation in the state. Written in the language of love, this is a book that every Malayalee who cherishes rivers.
Posted by Nila Foundation at 4:12 AM No comments:

Titled, 'Puzha Malayalam', the 400-page book is looking at a participatory model where people from different spheres of life join us in the publication of the book. As a small step towards this, we are inviting interested people through a drawing competition from across the world to sketch the introductory pages of the fourteen chapters.

'My river' is the theme of the competition. This could be a reflection of your insights or experiences associated with rivers.This could be about rivers from any parts of the world. Use your imagination to show the role of rivers played in your life. Let the river flow, from Nila to Ganges, to Thames to Danube...

Out of the sketches, we will select 14 entries in three different age categories, which will be incorporated into the individual chapters of the book. The winners of 14 entries will also get an opportunity to have an experiential holiday for a week along Bharatapuzha (River Nila) that gives insights into its culture, folk art forms, history, people and life. A board of experts commissioned by Nila Foundation will be short-listing and selecting the winning entries. Selected entries will also be exhibited at the book launch on 05 June 2010 at Thunjan Parambu literature park in Tirur, Kerala.

As the awards will have three categories for ages below 10, 18 and above, we welcome people from all ages to participate in this initiative. Those sending hardcopy of their sketches should draw using black ink in white drawing paper (10inch*8inch). Digital work is acceptable. Any scanned images of the work should be of min 300 DPI quality not more than 5 MB. One applicant can send up to three images. A separate note on the background of the sketch in not more than 500 words is appreciated. Provide us information of your age and nationality. Authenticity of the sketch has to be self attested. Last date for receiving the sketch is 25th April 2010.

For more details on the book visit

Hard copies of the sketches to be sent to the following postal address.

You can also email us the sketches
Subject: Sketches for Puzha Malayalam
Posted by Nila Foundation at 6:36 AM No comments:

What was once the life line of Kerala, is today a decaying, dying river. It is out of concern for Bharatapuzha (River Nila): the erosion of the river banks, the dilution of its culture, neglect and depletion of its resources - that the Nila Foundation was formed five years ago in Kerala. Foundation provides a platform for those who feel for the rivers and its depleting status, and for those who want to positively contribute to its conservation.

First in the series of books published, Nila Foundation is glad to introduce Puzha Malayalam, co-authored by C.K Sujith Kumar and K Uma Devi. The book will be published on 05 June 2010 at Thunjan Parambu literature park which is dedicated to the father of Malayalam literature. To make the book design as participatory as it is possible, we are inviting sketches from different parts of the world.

Foundation has a facebook page and we invite you to join us and help us promote its work and new initiative on the book.
Posted by Nila Foundation at 3:17 PM No comments: